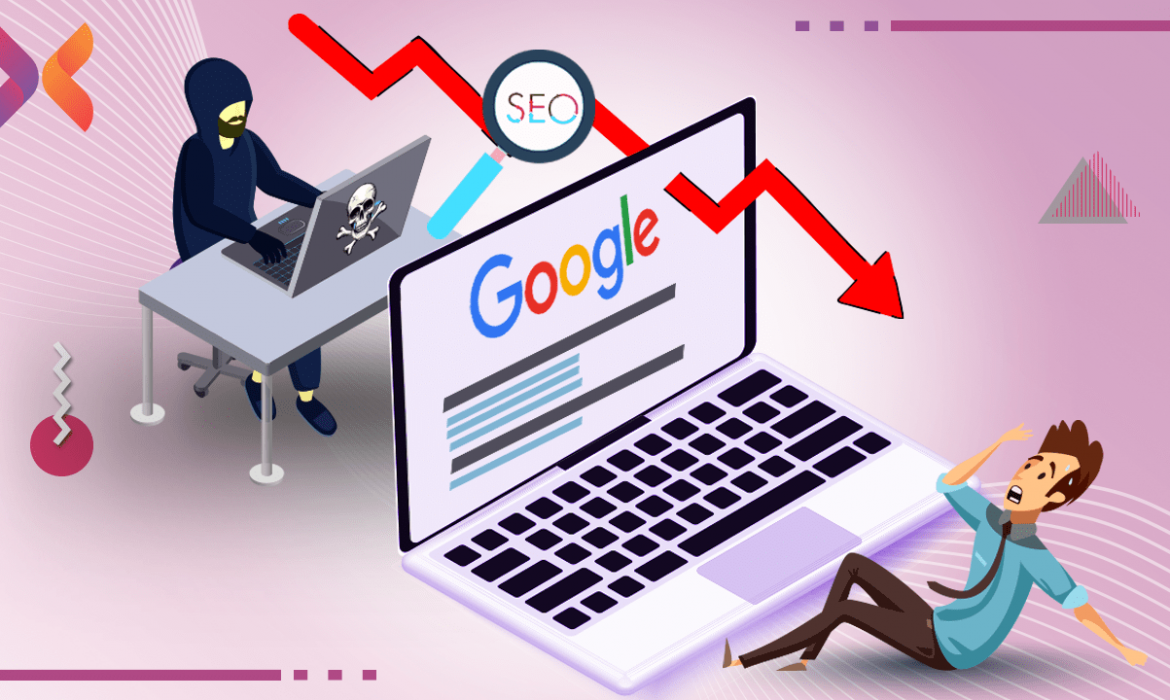 “Negative SEO” is not a recent term, but its negative effects are renewed constantly to negatively affect both websites and those who support them.

And we can say, that what was before this term is not the same as it is after it.

In the past, Google used to guarantee its users fair competition, as nothing can influence the ranking and evaluation of sites.

But things got different from its appearance.

and has become able to make a site’s rating very low, or perhaps delete it permanently.

What is negative SEO?

Negative SEO is a malicious, unethical practice that aims to sabotage the search rankings of competing sites

It includes all the convoluted ways that someone tries to reduce your site’s evaluation in Google, and it has three types, which are:

There is no dispute that the most popular type of negative SEO is black hat SEO, which depends on the use of offensive links linked to the site, but it is not always associated with negative SEO.

Sometimes the site owner himself uses black hats to increase the evaluation of his site.

(This is a different method than the one used for negative SEO).

with offensive links that alert Google’s algorithms and software to this matter and lower the site’s rating in response.

An example of a negative SEO offer on a Reddit thread:

Despite the development of Google’s features and software

and the company does not provide any effort to combat these methods,

Google itself admits that negative SEO does exist, and some sites have been damaged because of it.

An example of a negative SEO display:

There are different forms of negative SEO, but here we will talk about the most common of them.

It may be the most efficient and most costly practice.

In addition, exposure to piracy will lower your site’s ranking, because security in Google is a major feature that a well-rated site should have.

If your site was hacked, this means it is not safe, and in order to preserve user data

Google will automatically block confidence in it.

The answer was posted above in the Google Search Console Help Center.

Second: Create abusive backlinks with unwanted texts and link them with your website (Spammy Links):

Usually, this type of link has the same address, and together it forms what we call a (Farm Links), which is widely used (along with some other paid sites) to create these types of abusive links, which can range from a few hundred to thousands.

Abusive links are considered the most dangerous form of negative SEO as they end up placing the site in Google Sandbox.

This practice relies on creating duplicate copies of websites or parts of their content, and pasting them to a large number of sites, or quickly linking them with some sites for spreading the counterfeit products (or stolen information) across the web.

Google chooses one site among sites with duplicate content to display it in the early search results and exclude the rest of the sites.

Often, this process does not produce a satisfactory result because Google is able to distinguish the original content, but it may sometimes be lost and make a mistake in choosing the original site if the new content is copied as soon as it is uploaded.

Fake accounts may also be created in your name on social media, and your website’s reputation on the Internet may be destroyed.

This approach may destroy the reputation of the website or the brand and thus may result in a decrease in the traffic.

Fifth: removing the best backlinks to your site by sending fake removal requests to webmasters:

Attackers may target your backlink cookie in an attempt to damage your search engine results page.

They may also pretend to be you, or an agency acting on your behalf, and contact webmasters to persuade them to remove links pointing to your site.

An example of a request to remove fake backlinks:

For example: submitting fake DMCA removal requests, but these cases are rare.

In order for your site to get a good rating, it must be easily accessed by Google crawlers or Google bots to index it.

If someone tries to overload the server when the site is opened, it may be difficult for Google’s bot to access the site.

Repeating this failure many times will cause Google to lower your site’s rating.

This negative SEO process is usually noticeable because you know the content of your site.

However, the modification may sometimes be by adding links that appear only in HTML.

The modification can also be by trying to promote a site through your site, by publishing the links that lead to this site through the content of your site.

This process does not harm or lower your site’s rating but rather exploits your site’s popularity to gain more visitors.

Eighth: Getting the site de-indexed:

Making any change (no matter how simple) to the Robots.txt files makes it difficult for Google to reach your site.

Therefore, Google ignores the site, which leads to a poor rating.

How to detect and combat negative SEO campaigns against your site:

You can also protect yourself easily by following the webmaster tools and checking the links pointing to your site from time to time.

And if you find an unnatural number of poor backlinks pointing to your site, here are some preventive measures you can do or take into consideration:

First: How to spot signs of a website attack:

The first step in protecting your website is spotting signs of an attack, such as a sudden drop in website traffic from Google, which is easy to notice if you are constantly monitoring your website stats via Google Analytics.

which will allow Google to notify you via email if your site isn’t indexed or gets a manual penalty.

If you haven’t done anything wrong, the notification means your site is under attack.

It’s out of the question that a cyber-pirate will hijack your entire website.

Often you will still be able to access your site, while the attackers will install many spam signals that you may not discover quickly.

For example, tampering with your robots.txt file or sitemap could harm your site without you noticing any obvious change right away.

In order to discover security breaches, you can do the following:

According to John Muller, using the Disavow tool might be a good thing if you think you have experienced a negative SEO attack when someone creates abusive links pointing to your site.

As shown in the comment above shared on the r / SEO subreddit, some users say disavowing is one of the things they do when tackling negative SEO.

But what are you supposed to do when someone generates thousands of toxic backlinks pointing to your site?

You will need to disavow it manually with the help of the Disavow tool, where you transfer a link to it, collect it according to the established criteria, then disavow it and get rid of the low-quality links and avoid linking your site to them so that your ranking and reputation are protected.

In addition, using the disclaimer tool tells Google that you care about the quality of the links pointing to your site, and this will be taken into account when the Google Webspam team thinks about imposing penalties on your site when it detects an influx of bad links pointing to it.

Question 1: How does the Fake Link Building work?

Here are two examples of negative SEO campaigns based on generating offensive backlinks.

Within three months (starting in October 2018) a small business faced a sudden rise in the number of backlinks pointing to its website.

This abnormal rise resulted in punitive action by Google.

Then, the webmaster had to do an in-depth audit of backlinks and submit reconsideration requests to Google with the disclaimer files.

It took two reconsideration requests to lift the penalty, and it was removed by August 2019, nearly a year later.

Even today, work is still in progress to restore the ratings.

Another suspected SEO attack continues to this day, targeting the SEMrush website.

Starting in November 2019, a sudden spike in offensive backlinks was detected being posted on similar websites, and the following is an example of this website:

This suspicious activity has not produced clear negative results, but it remains a little busy monitoring these unexpected backlinks, most of them target a non-existent page.

Question 2: What measures should be taken to protect a website from fake backlinks?

One of the most important measures to secure the site

it can also remove the entire website, or certain pages from search results.

you should check the web regularly using tools like Copyscape or Siteliner.

If you discover a fraud website that is copying your site’s content, you should do the following:

Sixth: Finding and reporting fake negative reviews about your website:

The impact of posting false reviews varies by case.

Fake reviews will not ruin a large retailer’s reputation, but it can do great damage to a small business.

And according to Google: fake reviews affect and harm your SERP’s performance.

It is true that this requires the attacker to try very hard to destroy and influence the reputation of the website, without there being any guarantee that this effort will succeed.

However, you should always look for such activity by monitoring online reviews.

If one of the comments is offensive and certainly fake

you must report it to the site administration where the comment (or review) was posted.

Watch out for removing your backlinks, especially your most valuable ones.

There is no guarantee that the webmaster will not follow these fraudulent requests.

And to quickly discover the disappearance of valuable links, you can set up notifications to track any lost and discovered backlinks with the SEMrush Backlink Audit.

Here’s the answer to the most common questions by experts in tackling negative SEO campaigns:

we will notice that generating unwanted backlinks, duplicating content, and posting fake comments have an actual and real connection with SEO.

All other practices revolve around piracy and fraud.

In general; Negative SEO can be harmful, and the scope of its consequences depends on different practices.

But the only way to protect websites against it is to take all necessary precautions to immediately respond to an attack.

And constantly check your website with the appropriate tools to be aware of potential problems that may arise at times, and to be able to solve and bypass them.

THOW TO START A DROPSHIPPING BUSINESS (2021)

THE MOST IMPORTANT E-PAYMENT GATEWAYS AND ITS FEATURES

HOW TO MAKE A WORDPRESS WEBSITE: STEP-BY-STEP GUIDE FOR BEGINNERS

TYPES OF E-COMMERCE AND ITS REVENUES IN 2020 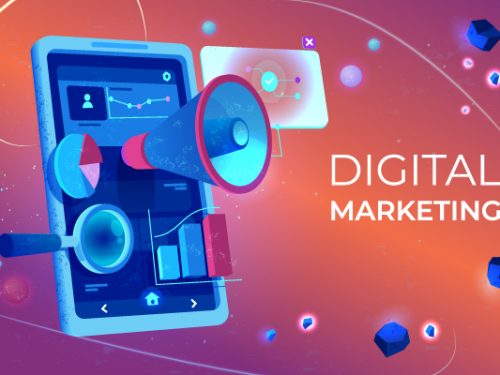 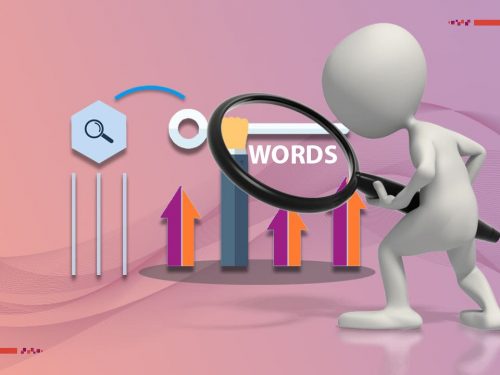 How to choose the keywords correctly

Our team members are encouraged to be creative in their work. We are into projects that adds value to our information. We are constantly challenging ourselves to adapt into the power of technology. We believe that diversity connects people together and here in our team, we welcome individuals across the universe to join us and be part of this one big family.